Ladies and Gentlemen,
For those who missed the NYSDEC coyote presentation at SUNY ESF last week, Tom Merrill forwarded the below link so that we may still access most of the info presented.

The Council's Memorandum of Opposition to the bill can be found on our website at www.nyscc.com under legislative information- memo and statements. The memo can be found in the second document library.

The full draft plan can be accessed at the DEC website:
http://www.dec.ny.gov/docs/wildlife_pdf/muteswanmgmtpln2015.pdf

The full draft plan can be accessed at the DEC website:     http://www.nyscc.com/images/Mute_Swan_Management_Plan_2016-Memo_in_Opposition_UPDATE_02-2016_.pdf

The idea of bringing Atlantic Salmon back in Onondaga Lake.
Syracuse.com 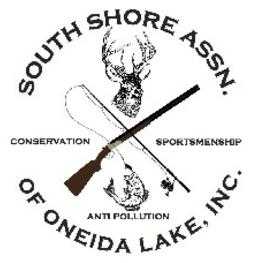 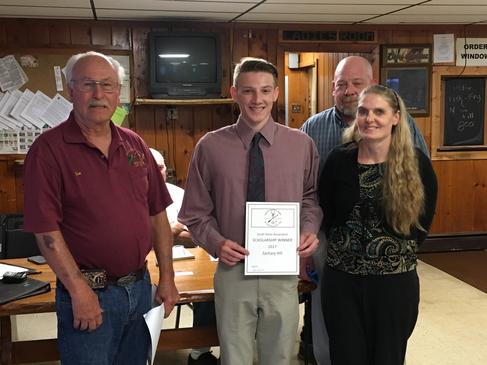 THE BILL TO OVERTURN THE DEC'S MANAGEMENT PLAN FOR THE CONTROL OF MUTE SWANS IS ABOUT TO GO TO THE GOVERNOR.

Assembly bill A9289 - Relating to the adoption by the DEC of a revised management plan concerning mute swans  - was passed by the Legislature and will soon be sent to the Governor for his approval or veto.

​​The New York State Conservation Council opposes this legislation and has requested that it be vetoed.  This bill represents the third attempt to override the professional management of the DEC.  We believe that it would impose an ill-advised hindrance to the DEC's ability to deal with a destructive invasive species.

The facts have not changed.  There has arisen, however, an emotional response to the proposed removal of an admittedly attractive bird without proposing a viable alternative to dealing with the risk to the environment.  Over 50,000 form letter and petition signatures have been submitted requesting the Governor's signature.

The management plan proposed by the DEC is a technically sound response to an existent problem and is based on solid research going back 40 years.  This work has fully documented the negative impacts on native species and their habitats.

As an invasive species, mute swans are detrimental to the health of native species.  They cause economic and environmental harm and pose a human health risk.  The emerald ash borer, zebra mussel, Japanese knotweed and Eurasian Boar have already had major negative impacts in the state.  All provide evidence that the sooner an invasive species threat is addressed the better.

These birds are destructive herbivores that devastate submerged aquatic vegetation (SAV) along shorelines.  A single bird can consume eight pounds of SAV a day and will uproot an additional 20 pounds in the process.  This vegetation is vital to the health of the shoreline environment, averting shoreline erosion and providing shelter for small fish and shellfish, as well as being a key food source for a wide variety of species.

They are large, aggressive birds that displace native waterfowl species and will even attack humans.  An adult male (cob) can weight about 35 pounds and have a seven-foot wingspan.  While they pose little threat to adults on shore, they can pose a hazard for children or canoe/kayak users who venture too near.  As these are feral birds, they have little fear of humans but they are definitely not good neighbors.

In 2013, based on that research, growing awareness of the impact of invasive species in general and a more intensive effort to control free-ranging mute swans throughout entire eastern North America, the DEC developed a management plan to replace the dated 1993 management policy.  Based on public comment, this plan was revised in 2015.

The management plan proposed by the DEC is consistent with the Atlantic Flyway Council (AFC) 2003 management plan.  The AFC, composed of officials from the state and provincial wildlife management agencies along the eastern seaboard, is calling for a coordinated plan to significantly reduce populations and for increased efforts to educate the public about the serious ecological threat posed by mute swans.

The DEC plan encompasses a full range of measures to mitigate this problem: education of the public about the problem, prohibition of the importation and propagation of captive swans, encouraging control programs in bordering jurisdictions and banning the release of captive birds into the wild.  Lethal methods, either through control activities or licensed hunting, are appropriate, and indeed necessary, in some instances.

The existing New York State rule making process provides ample notice of proposed management plans and offers the opportunity for public input.  Mandating additional public hearings and requiring the repetition of completed work will add nothing to the process.

National wildlife conservation organizations, including the Association of Fish and Wildlife Agencies, the National Audubon Society and the American Bird Conservancy have all expressed strong support for reducing free-ranging mute swan populations as provided for in the AFC's Atlantic flyway management plan.

Call, write or email today and ask the Governor to veto this bill.  We need the active support of New York's sportsmen.  And make sure to tell your friends!

DEC reminds hunters to follow simple safety guidelines and use good judgment when choosing a time and place to hunt. Considering other people who enjoy the outdoors or live nearby can help avoid potential conflicts and ensure a safe and enjoyable season.

As coastal areas become more populated, it is important for new landowners to receive a good impression of the safety, ethics and traditions of waterfowl hunting. A little courtesy and time spent before a hunt can go a long way to avoid or minimize conflicts with property owners and other outdoor enthusiasts. DEC encourages hunters to:

Consider contacting owners of property adjacent to where they will be hunting, well in advance;
Tell property owners when and where you will be hunting. Property owners may be less concerned if aware of planned hunts;
Take the time to explain to the landowner the intent to abide by the laws and regulations pertaining to waterfowl hunting, familiarity with the locations of houses, and safety protocols;
Plan out shooting directions and verify that the selected spot to hunt is safe and in compliance with the law. Keep in mind that shot pellets, especially when discharged at a high angle, can sometimes travel farther than 500 feet;
During conversations with landowners, identify any concerns the landowner may have and discuss them before you go hunting; and
Leave hunting locations as clean as you found them, and be sure to pick up your empty shell casings and other litter you may find.

6/10/2017  Today the South Shore Association announced the student who will receive up to $6000 each under their ENVIRONMENTAL EDUCATION ASSISTANCE awards for 2017. Those named are:

These awards are made by South Shore and follow on to a program that has awarded over $50,000.00 to date. After graduating, past winners have gone on to careers in Wildlife and Forestry management, and Environmental Engineering in our County and State.

“These awards are an example of the strong belief South Shore has in the young people of our community ”said Ron Green, President of South Shore. committee member echoed Choosing those students who will eventually make the environment and conservation their profession helps to perpetuate the outdoor recreation traditions we love so dearly”. Joe Snyder the committee chair mentioned he felt “the tradition of these awards really says a lot about the South Shore membership’s ideals and commitment to the outdoors”.

To qualify for these awards the applicants must have demonstrated an interest in the environment and the academic ability to continue studies in a related field to one day promote enjoyment and use of the outdoors for future generations as the members of South Shore do today.

The New York State Department of Environmental Conservation (DEC) is developing a new plan for inland trout stream management based on updated scientific information and the desires expressed by trout anglers during 16 public meetings held across the state in 2017.

Prior to completing the draft plan, DEC fisheries managers would like to meet with trout stream anglers to explain the proposed approach, answer questions, and solicit feedback. Ten public meetings around the state are scheduled between Oct. 1 and Nov. 12 to facilitate these discussions. The schedule of dates and locations is below and can be found online on DEC’s website.

The meetings will feature a presentation introducing the primary tenets of the plan including stocking, wild trout management, fishing regulations, and access. The presentation will be followed by a discussion period during which attendees can ask questions and provide informed comment.

Mark your Calenders for this event


APPLICATIONS FOR COOPERATIVE PROGRAM DUE BY SEPTEMBER 1

Pheasant Hunts. This program enables experienced hunters and others to

obtain state-reared pheasants for use in sponsored hunts for youth,


The Reynolds Game Farm raises an additional 2,000 pheasants annually to

be used in sponsored hunts across New York State. DEC's partnership with

disabilities, and veterans an opportunity to experience pheasant hunting

in a controlled setting alongside experienced hunters. In addition, the

share their knowledge with a new generation of hunters.


Those interested in obtaining an application to hold a sponsored

pheasant hunt can contact the local DEC regional office for an

application (a list of DEC regional offices is provided below). Program

requirements and applications [5] can be downloaded from DEC's website.


Applications must be received by the regional wildlife office no later

than September 1. Successful applicants will be notified via phone. If

an application has been accepted, the applicant will be required to make

arrangements with the Reynolds Game Farm located in Ithaca, NY, to 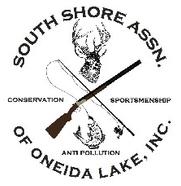